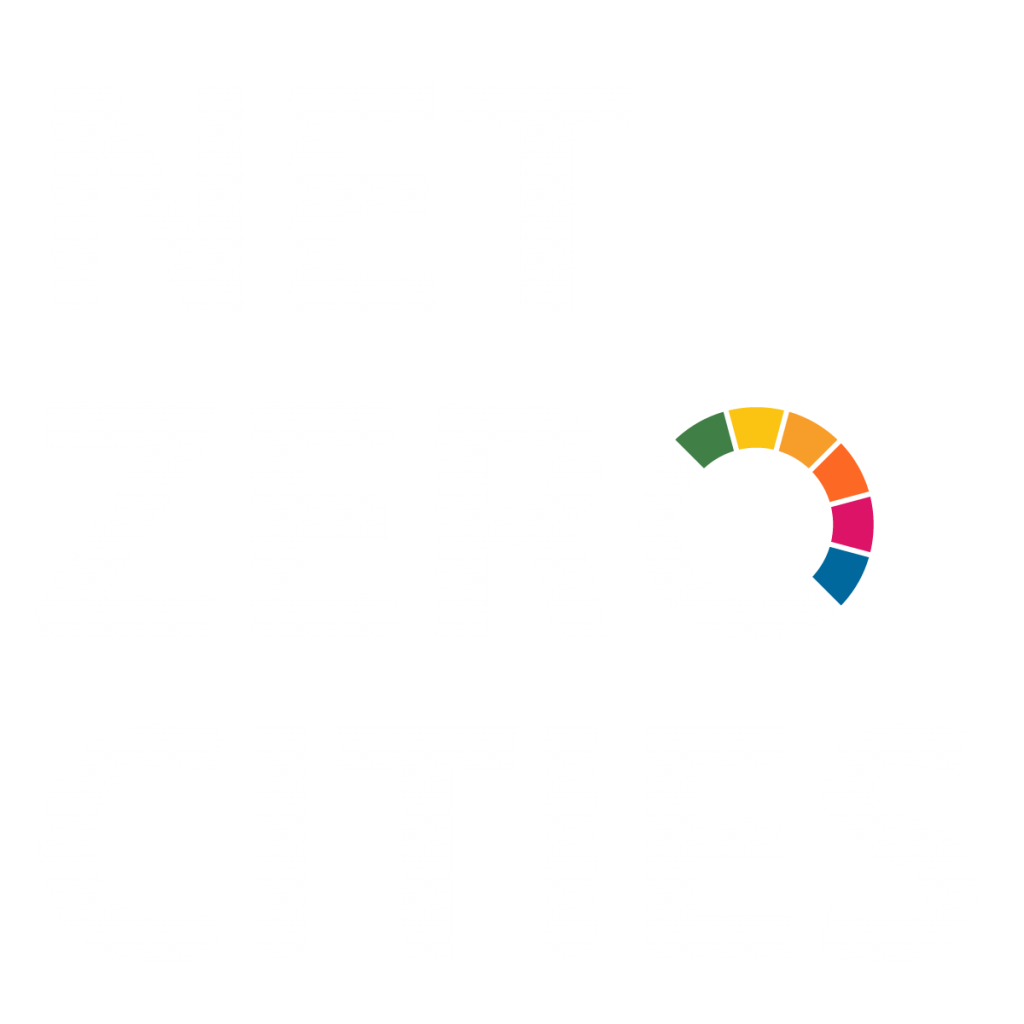 On 21 March 2022 the NetZeroCities team was present at the High-level Conference on Civic Engagement in the EU Missions that took place at the Economic, Social and Environmental Council in Paris and online. The conference was dedicated to the newly launched EU Missions that aim to tackle some of the main challenges we are facing today: adapting to climate change, beating cancer, restoring oceans and waters, living in climate-neutral and smart cities, and ensuring soils’ health. In the morning NetZeroCities representatives joined the workshop Cities – Establish more than 100 climate-neutral and smart cities by 2030 and encourage all other cities to follow suit by 2050, that provided an overview of ongoing citizen engagement activities in climate action taking place in cities across Europe.

In the afternoon NetZeroCities hosted a hybrid side-event to present the project’s role to support the EU’s Mission 100 Climate-Neutral and Smart Cities by 2030. Matthew Baldwin, Mission Manager, kicked off the event with an introduction on the Mission’s role and the implementation plan, as well as a presentation of the NetZeroCities project. Then discussions took place in the form of a roundtable on citizen engagement in urban transformation moderated by Thanh-Tâm Lê, Director Impact and Performance of Climate KIC, and Vincent Chauvet, CEO of LGI Sustainable Innovation. Anna Lisa Boni, Deputy-Mayor of Bologna and Member of the Mission Board, stressed the fact that citizens increasingly want cities to become more radical and ambitious in their approach to climate neutrality and presented the Climate City Contract that cities selected to join the Mission will sign, as a powerful element that will bring together all actors needed to reach climate neutrality. Barbara Trachte, Secretary of State of the Brussels-Capital Region in charge of Economic Transition and Scientific Research, highlighted the key role co creation and participative actions involving citizens will play in helping cities reach net zero. Erwan Dagorne, Director for Participative Projects at Missions Publiques, pointed out that local authorities with little experience in citizen engagement are also able to develop innovative and ambitious approaches. Anthony Zacharzewski, President of Democratic Society, recalled the need to perform work at different levels (local, regional and European) to achieve lasting change. NetZeroCities side-event attracted considerable interest with people joining both in-person and online.

NetZeroCities also held a booth at the conference to promote the project’s role in helping cities reach climate neutrality. Many conference attendees, including cities representatives, industry members, non-profit organisations and citizens, stopped by to ask questions and learn more about the project, its objectives and upcoming activities. 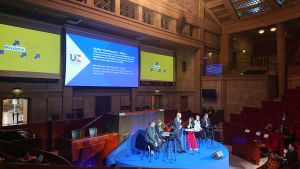 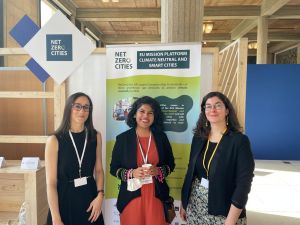 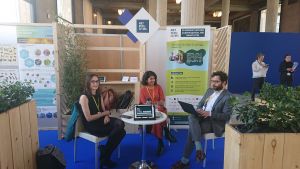